The province of Palawan, carries the same name as its largest islands, out of more than 1.700 islands that make up the region. The province is called the “last frontier”, because of its location on the southwestern edge of the Philippine archipelago, not far from Borneo. The islands are lush with forests and mountain regions, contain enormous biodiversity and is habited by various indigenous communities. Palawan is also rich of minerals such as Iron, Manganese and Nickel. Located in the South Chinese Sea it’s also easily accessible, which makes it a very lucrative region for mining and extraction companies.

In 1992, government introduced the Strategic Environment plan (SEP), a frame-work for the sustainable development of Palawan, while protecting and enhancing the natural resources and endangered environment of the province. It was meant as a guide to the local government of Palawan, focused on the formulation and implementation of plans affecting the environment and natural resources of Palawan and implemented as law in that same year.

‘The law states all forests as areas of maximum protection, including their biodiversity and communities. Despite the legislation, we encounter a lot of political pressure to allow mining in these areas’. Grizelda Mayo-Anda, or “Gerthie” as she calls herself, is a law professor at Palawan State University College and Assistance Executive Director at ELAC (Environmental Legal Assistance Center), an environmental non-government organization committed to helping communities uphold their constitutional rights. “Mining in a forest rich area, inevitability means deforestation. Even infrastructure such as roads are being built across protected areas such as mangroves, which are vital to our ecosystem. It’s frustrating to have a law and still seeing these things happen’.

A Threat from Within

For Gerthie, the main challenge is to protect local communities from politics and big business. But it’s not only the usual suspects that bring life to these challenges. In some cases, problems also arise from within the local communities they are trying to protect, she explains: ‘They [the mining companies] have the people of the communities to do low pay gray work. Royalties are received by leaders of the community, but the dominant leadership changed in the last 18 year. Nowadays, in many cases the royalties aren’t being equally divided by the leaders among their people.

This misappropriation of money means the local ancestral culture and grounds are not protected. Why? Because in practice, these corrupted local leaders have been bought to look away, giving way for the mining companies to clear land, damaging the environment, causing division within local communities and destroying local cultures.

Rio Tuba Nickel Mining Corporation, brings raw ore from Palawan to Japan. They represent one of the largest nickel reserves in the Philippines, having an estimated reserve of more than 60 million tons and present themselves as “the poster boy”, as Gerthie calls it, of mining companies when it comes to responsible mining. They’re also chairing the local Chamber of Mines.

In 2002 Rio Tuba started building a new hydro processing plant, in cooperation with the Japanese Sumitomo Metal Mining – Rio Tuba’s holding company – and established the Coral Bay Nickel Cooperation (CBNC). The purpose of the CBNC plant, is to produce high quality Nickel and Cobalt Mixed Sulfide from low grade nickel ore, supplied by Rio Tuba. ‘The nickel supply will run out in four to five years, so they want to start mining in the Bulanjao mountain range’, Gerthy says. ‘It’s a large range of forest and borders two municipalities.’

‘We brought the information to Sumitomo. We explained the problem, that they would destroy 3.600 hectares of forest area. We also raised to them that Rio Tuba is saying they are excellent in responsible mining, but they will not let critical NGO’s take part in their monitoring committee (MMT), which monitors the company’s compliance with all permits and environmental laws. For example: they use coal from Indonesia and they are local community reports that large quantities of coal are falling from the trucks – which are not covered – and fall into the sea. But these issues are not being raised in the committee.

We raised this [broadening of monitoring] to Sumitomo, who pointed back to Rio Tuba. There is also an MMT for monitoring Coral Bay, but they said it is not their responsibility, although they need the Nickel to feed into their plant’.

In 2017, ELAC joined the Shared Recourses Joint Solutions (SRJS) program set up by IUCN National Committee of the Netherlands (IUCN NL), WWF Netherlands (World Wide Fund for Nature) and the Netherlands Ministry of Foreign Affairs, working together with the Dutch Association of Investors for Sustainable Development (VBDO) to strengthen the capacity of foreign local NGOs and civil society organizations.

‘Within SRJS, we were able to get experts to study the area’s biodiversity’. It showed that the area is rich in biodiversity and also an ancestral domain. If you destroy the forest, you directly put at risk the lowland farming communities below’, Gerthie says. ‘The report also states that the value of the forest outweighs the value of the minerals’.

With the help of VBDO and Profundo, Financial Flow Analysis (FFA) was performed as a first step, showing the flow of investments to a number of selected mining companies, among which Sumitomo. It illustrated that Sumitomo wasn’t financed by local Philippian banks, but it did receive $82 million in investments from foreign investors, among whom five large Dutch institutional investors; two insurers (Aegon & NN-Group), two pension fund asset managers (APG & PPGM) and one bank (ABN Amro). Strategic dialogue called engagement, with Rio Tuba’s holding company through their investors, might make them see things in a different perspective.

Getting the Investors on Board

An engagement plan was laid out, stating a clear purpose of the dialogue with the investors: protecting the forest and communities on the Bulanjao mountain range, by engaging with Sumitomo and encouraging them to elevate their environmental and social conduct by the end of 2019, asking for no expansion into lawfully protected forest without a license, more transparency about their practices towards communities and additional (public) research towards water pollution.

In February 2019, Gerthie came to the Netherlands and raised the issue with four of the Dutch investors. She also pointed out that local health disasters, national and international violations of law might cause severe legal and reputational damages to the investors, thus creating financial risk.

They agreed to start engagement with Sumitomo: ‘In November 2019, we wrote a joint letter and sent it to Sumitomo, on behalf of these investors. Sumitomo was willing to enter into dialogue with VBDO and the joining investors and maintain a dialogue with the engagement group, hopefully leading to changed practices at Sumitomo’.

While Sumitomo and Rio Tuba thrive on foreign investments, they are not the only mining company active in the Philippines. Others, such as Nickel Asia, Apex Mining and Semirara Mining do have financial bonds with local banks.

Gerthie: ‘An important step was made in March 2019. We had individual conversations with a number of banks, the central bank and the banking association to assess their interest in a responsible mining working group.’

In October 2019, an initial joint call was held to introduce the banking sector and the members of an existing, continuous round table on responsible mining. The members include mining companies, government organisations and NGOs round table. This call had the outcome that five banks are willing to join a face to face meeting with the members of the working group in early 2020.

‘We’re still waiting for Somitomo to respond, even though the initial engagement with them didn’t give the hoped-for results and the letters haven’t received a reply yet.’ There does seem to be some advancement on the subject, though, Gerthie explains: ‘Rio Tuba and Sumitomo are more transparent about their mining practices and impact on the environment. Semirara has joined the Extractive Industries Transparency Initiative (EITI) and Sumitomo has disclosed more about their possible expansion and how to take the areas deforestation into account.

But Rio Tuba is still pressing to continue. An environmental compliance certificate has already been granted by the Government. They’re now waiting for a Mineral Production Sharing Agreement, which can take one to two years. After they obtain the agreement, there’s nothing stopping them from starting their operations.

‘So there’s also pressure on the Dutch Investors and other parties to come through quick enough’, Gerthie says. ‘My hope still is, that within the one or two years, the investors put enough pressure on Somitomo so they in turn pressure Rio Tuba to back down’.

Gerthie has some advice for other NGO’s facing similar problems, wanting to engage with investors, like speaking a common language: ’The most important lesson is that you understand the [financial] sector and the different aspects of the sector. Including a Financial Flow Analysis and understanding in which way companies are involved.

Unless you have the capacity and perspective to do this, you should not pursue engagement, because it is difficult. But if you do, it might help. Especially since government is not always on your side. So you prepare for the worst, while hoping for the best’. 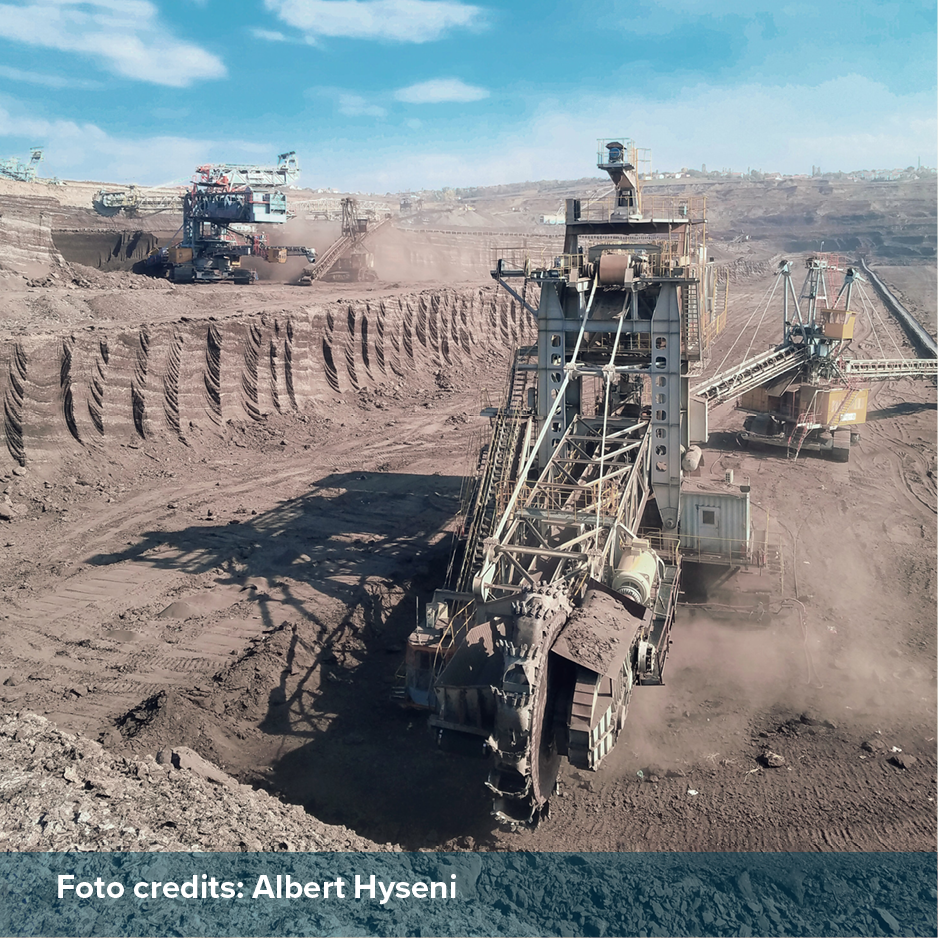