40 out of 101 major extractive, agricultural and clothing or footwear companies ranked by the 2018 Corporate Human Rights Benchmark (CHRB) are failing to demonstrate respect for human rights on paper or in practice.

CHRB measures how companies perform across 100 indicators based on the UN Guiding Principles on Human Rights. It uses publicly available information on issues such as forced labour, protecting human rights activists and the living wage to give companies a maximum possible score of up to 100% (2). In this year’s ranking, two-thirds of companies scored less than 30% overall.

“While we see clear progress from some companies, the majority are failing to make the grade. Seventy years after the adoption of the Universal Declaration of Human Rights, this is very concerning. If businesses will not clearly demonstrate their respect for human rights, then governments should step in with tougher laws to protect people,” said Margaret Wachenfeld, CHRB Independent Director and co-lead of the CHRB Methodology Committee.

The average score across all companies has increased since the pilot in 2017, but remains unacceptably low at 27%. The research shows that overall businesses need to get better at ‘walking the talk’ by matching their paper commitments with clear, consistent action when human rights abuses or risks are identified.

“Forced and child labour, gender equality and protecting activists are some of the most pressing issues of our time. Companies need to show how they’re addressing these challenges, to protect themselves from legal penalties or action from investors and consumers,” said John Morrison, Chief Executive of the Institute of Human Rights and Business.

Companies at the top end of the rankings demonstrated that identifying and managing risks is a key part of their core business. They scored particularly well on transparency of human rights policies and practices. Meanwhile companies at the bottom of the ranking failed to show any engagement with human rights concerns. This should raise urgent questions for investors and consumers as to whether these companies are serious about avoiding harm to people in their pursuit of profits.

Other key findings include:

CHRB is calling on companies to improve their performance on human rights, and to use the scoring system to understand where such improvements can be made. It is also calling on investors to challenge poorly performing companies and to use their leverage to drive improvements. Aviva, APG and Nordea, who manage over a trillion dollars between them, have all confirmed that the 2018 benchmark will be used to inform their investment decisions.

“This ranking should serve as a wake-up call for businesses everywhere. Too many are still not doing enough to respect the rights of those involved in or impacted by their operations, despite increasing investor scrutiny and the negative impact it has on a company’s long-term performance and prospects. While some businesses are showing the way forward, the overall picture is deeply concerning,” said Steve Waygood, Chief Responsible Investment Officer, Aviva Investors. 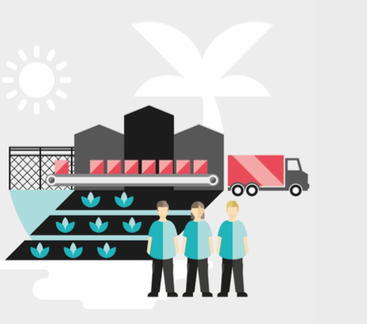