Pension funds must do more to prevent forced labour. This is the conclusion of a survey among the fifty largest Dutch pension funds. The Dutch Association of Investors for Sustainable Development (VBDO) publishes the study ‘Dutch Pension Funds and Forced Labour – Speak up’ on 10 December 2018, the 70th Human Rights Day. The study has been produced in collaboration with FNV.

Only one pension fund of the forty respondents reports publicly about forced labour. Pension funds do report on labour rights, but not explicitly on forced labour. Hester Holtland, project manager at the VBDO: “The VBDO encourages the funds to report explicitly and thus send a signal to companies and society that forced labour in investment portfolios is not acceptable. Pension funds should play a more visible role in addressing this serious violation of human rights.”

Slavery is not something from the past. A staggering 25 million people are expected to work under force today. Forced labour is often hidden away in increasingly complex supply chains. As large asset owners and shareholders, pension funds can have a significant effect on the policies and activities of companies regarding forced labour.

The main obstacle faced by pension funds is a lack of data and transparency in the chains. According to the VBDO, cooperation with one another is crucial to eliminate forced labour. Holtland: “Pension funds should encourage companies not to limit their due diligence to the first-line suppliers. They can also stimulate innovations such as real-time stakeholder engagement. An example is the Ulula app, which allows employees worldwide to pass complaints anonymously.” Funds could also use the knowledge of trade unions and NGOs to assess the local conditions of workers. 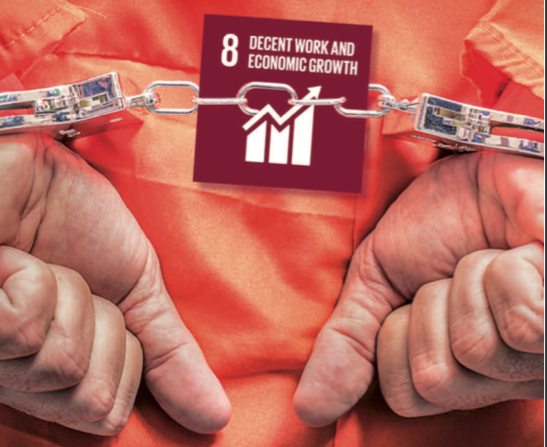