Companies can provide more information about the subsidies and tax exemptions they use to reduce their effective tax burden. This is evident from the sixth edition of the Tax Transparency Benchmark of the Association of Investors for Sustainable Investment for 77 Dutch listed companies. With a record score of 32 out of 35 points, NN Group is the winner for the second year in a row of the Tax Transparency Award.

“Every year companies become a step more transparent. We are very satisfied with that development”, says Angélique Laskewitz, executive director of the VBDO. “Upon review of the questionnaire three years ago, we asked companies to better substantiate the tax information they publish. It is better for stakeholders to show how they implement tax strategy, instead of communicating that there is a tax strategy. More than a third of those companies surveyed are doing that now.”

The results of the benchmark are assessed annually by six jury members, with a background or specialization in tax transparency. This year’s jury consisted of Hans Gribnau (Leiden University & Tilburg University), Irene Burgers (University of Groningen), Klaas Bangma (FNV), Anna Gunn (Article 104 & Leiden University), Michiel van Esch (Robeco) and Victor van Kommer (IBFD & Utrecht University). The assessment is described in a jury report, in which the members not only determine a ranking of the participating companies, but also speak up about desired improvements.

Missing information about subsidies and exemptions

The publication of a table showing the difference between the legally prescribed and the effective tax rate is an audit obligation. Then it goes without saying that companies share this information. However, an explanation with concrete examples is still often lacking, write the benchmark jury members in their report.

Globally, grants and exemptions are common ways for businesses to lower their tax burden. A popular Dutch scheme for lowering corporate tax, is the so-called “Innovation box”.

The jury members call for more clarity among organizations that use such arrangements: Companies would do well to communicate more clearly what they use these incentives for. In this way it can be determined whether an exemption or subsidy may be the only reason for activity in a country.

Dutch multinationals are taking the lead in country-by-country reporting

More and more companies are publishing their tax remittance by country. Companies like NN Group and Shell already reported their tax payments per country in which they operate as of 2018. Philips has announced that it will start country-by-country reporting from 2021.

According to Laskewitz, it is an important development that large Dutch companies continue to pay more attention to reporting tax payments to governments. “That is a real development that has improved in the Netherlands in the last three years. Let’s hope that more companies will follow”.

NN Group is the winner of the Tax Transparency Award for the second year in a row. NN scored 32 points, last year they scored 30. The second place will be shared by Shell and KPN, each with 28 points.

The jury commends NN Group for the continuous progress of its tax reporting: “NN Group not only has a very clear strategy, but also reports on tax payments to governments for all countries in which it has offices,” is written in the report.

It is exceptional that NN is the only Dutch company to allow and external accountant to audit the implementation and processes of its tax strategy. 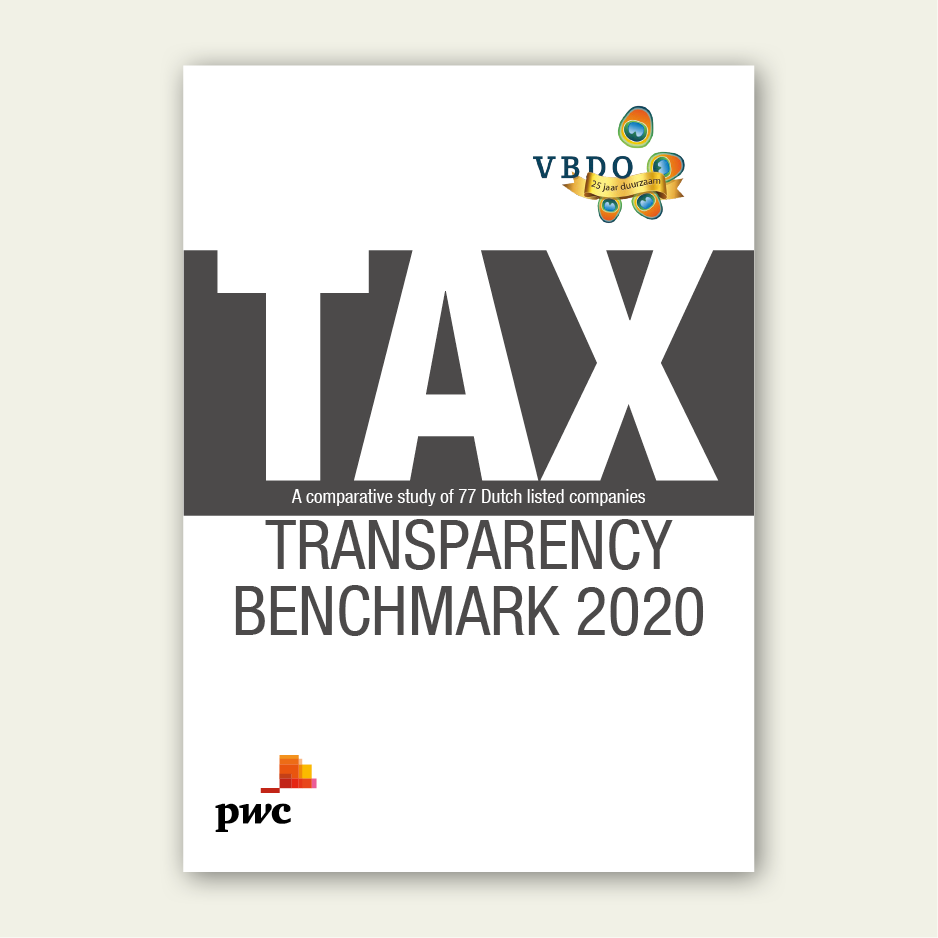