This year, the start of the shareholders’ meeting (AGM) season coincided with the start of the corona crisis. This certainly had a major impact on the AGMs. Not only in the way in which companies gave substance to the crisis in terms of organization and content, but also in terms of the external image.

In 2020 the VBDO asked 191 questions at the AGMs of the 37 largest Dutch listed companies. A total of 51 pledges were made by the companies to VBDO and its members on themes such as climate adaptation, working conditions in the supply chain and diversity.

The 2020 shareholders’ meetings (AGMs) are essentially about the 2019 financial year. But this year’s big question was about the future; what had companies planned for 2020 and: are you sticking to those plans or are you starting over? Traditionally, the first AGM we visit is that of Sligro on March 18. The meeting was soon postponed to June 9. Randstad was postponed a few days in advance and several followed. A month later, on April 24, the temporary COVID-19 Emergency Act for AGMs was presented, which came into effect with retroactive effect from March 16. A framework was drawn up for AGMs within which companies may operate. A status quo novo occurred in which the companies, looking to each other, had to make a decision and almost at the same time.

In the UK many listed companies opted for meetings behind closed doors. In Japan these meetings were public, and in Hungary many companies did not consider consulting shareholders to be necessary at all. This may be a direct effect of the difference in systems and culture, for example between the (Anglo-Saxon) United Kingdom and (Rhenish) Netherlands. It soon became clear in our country that most AGMs would be organized digitally. I think that from our polder model we have become accustomed to openness and transparency: we demand an appropriate and effective solution in which everyone is heard.

The VBDO and its spokespersons have been accustomed to being physically present at shareholders’ meetings for 25 years. Besides the fact that we found the digital form difficult, we also heard from boards of directors that it would not be their first choice. It is very important that shareholders can hold the board accountable by conducting an open discussion without restrictions. Openness and transparency are invaluable at this moment. I am convinced that companies that listen carefully and focus on all their stakeholders will emerge stronger from this crisis. Because although they may not directly affect the financial balance, it really is important to people, both in a positive and negative sense. A striking example of the difference in culture and the Dutch demand for transparency is that of Shell and how the company had organized its AGM. “Please do not travel to the meeting as you will not be allowed into the building.” No webcast, no virtual AGM, just the written minutes, which were provided afterwards. On April 16 it was announced that Shell would hold its shareholders’ meeting behind closed doors. After pressure from various shareholder associations (VEB, Eumedion and the VBDO), it emerged that a Q&A would be held prior to the AGM after all.

Shell – essentially a British company under the British legal system, but with an AGM in the Netherlands – made a legitimate decision within the bounds of (British) law. Law or no law, prior to this decision, no (Dutch) shareholders and stakeholder groups had been consulted. Due to pressure from society, in this case the interest groups, Shell felt compelled to reverse its decision. In response, Shell organized a Q&A discussion a week before the shareholders’ meeting in which questions, specifically from shareholders, were discussed. Ultimately, this “new form” was well received by shareholders and proved to be an excellent solution. So good in fact, that Eumedion wondered in its evaluation of the AGM season whether it might be better in the future if the moment of discussion, accountability and consultation is separated from the moment of voting. VBDO also strived for more transparency in the past year: at each company we discussed the set-up of the AGM in preliminary discussions and made Investor Relations aware of our expectations regarding the meeting. In addition, in terms of content, various companies, including ASM International and AkzoNobel, have promised that they will ensure greater transparency regarding their supplier chains in a sectoral context.

Another important element for shareholders is the possibility of rebuttal. It is always possible at a physical meeting. When a director avoids the question or does not answer it sufficiently, the shareholder can ask a follow-up question and ask for clarification. And while companies were legally required at the meeting to respond to previously submitted questions, they were allowed to decide for themselves whether or not to allow shareholders to respond to the answer. In other words, the right to rebuttal. Yet 18 of the 37 companies have given that option. In our discussions with companies prior to the AGMs, directors also joined 4 of the 37 companies (a.s.r., TKH Group, SBM Offshore and Vopak). With both guidelines, companies demonstrate transparency and benevolence.

The reorganization of the AGM was distressing, but not comparable to many of the very difficult decisions that companies have had to make in recent months regarding COVID-19. Every company is unique, every crisis is unique, and every company is confronted with different risks at different times. Crisis management and risk management are invaluable in this respect and must be tailored to the specific circumstances. Good corporate governance practices are essential to improve preparedness and response to risks and crises. Nevertheless, no one had an action plan ready for the current pandemic. Only time will tell whether the plans that are being implemented now are successful. The VBDO has been asking companies questions for years about the effects of another crisis to which companies are increasingly exposed. One that we do see coming: climate change, or more specifically the physical consequences of climate change (e.g. drought, heat, floods). We ask companies, among other things, about the expected impact of climate change on their business operations as a result of the scenario analyzes carried out by the company. When an impact has been identified, we also want to know how they manage the risks and what the solutions are.

Compared to last year (13) we saw that 24 companies perform a risk analysis. The question is what they do with this information next. In the case of insurers, you can think of risk analyzes that help customers to become resilient to storms and floods. Other companies may have to relocate a factory because of a water shortage, or are they looking for a joint solution? For example, the could enter into dialogue with local communities and stakeholders, such as beer brewer Heineken does in Africa. Another good example of a step in the right direction: the ABN AMRO board made a commitment this year during its shareholders’ meeting that it will enter into a dialogue with other banks. The dialogue will be based on the principle that they want to protect customers against the effects of climate change.

Another important aspect of companies’ response to AGMs was (and is) human capital management: relationships, personnel, leadership, suppliers. A company, like Philips for instance, can be confronted deep down in its supply chain with the effects of COVID-19, which can have a major impact on, for example, the supply of essential raw materials. Keeping control is not easy for a company like Philips due to the large number of links in its global supply chain. Yet it is equally important that it engages with actors it depends on, such as suppliers, communities and governments, and looks for shared solutions. Companies are also facing the changing relationships at work. How do we keep the group together and ensure that everyone continues to feel involved in the company? Part of this is the theme of diversity and inclusion, on which we saw great progress. More than ten companies indicated that they will investigate the gender pay gap and correct it where necessary. NN Group and KPN even went one step further and promised that they will explicitly include other forms of diversity in their policies, such as LGBTI, cultural diversity and disabilities, in addition to gender. A good development, because inclusion and diversity are elements that are often endangered in a crisis such as this one, but are critical for recovery, resilience and innovation.

Stronger out of this crisis

As mentioned earlier, it is especially important in times of crisis that one can rely on governance structures, a long-term strategy and relationships with internal and external stakeholders. Good corporate governance and an integrated sustainability policy are essential and will lead to greater confidence among shareholders. This goes both ways, since (long-term) shareholders also have a duty to offer the company confidence and to be a committed and responsible shareholder in times of uncertainty. We see that sustainable, more outward-looking and well-managed companies are doing better financially. A bitter advantage of this crisis is that it offers opportunities to investigate this. A study by Schroders, an international asset manager, found that share price volatility of the 10 percent most sustainable companies (based on sustainability results) within the MSCI Europe Index* remained at 29 percent, while the average of the 435 companies had a volatility of 35 percent and the least sustainable 10 percent as much as 38 percent. The same conclusion was shared in a similar study conducted by BlackRock.

When I look back at the overall results of our engagement, it is striking that we have received more commitments than last year. As mentioned, it was reported in only two cases that projects in the field of sustainability were put on hold. Such news creates hope. My expectation is that when this status quo novo is used by Dutch companies for sustainable innovation, they become part of the solution instead of, in some cases, the problem. In any case, the choice for that direction starts with more openness, listening to each other and transparency.

This article appeared previously on ExecutiveFinance.nl (Dutch). Watch the AVA Engagement Webinar about the AVA-season 2020 now. 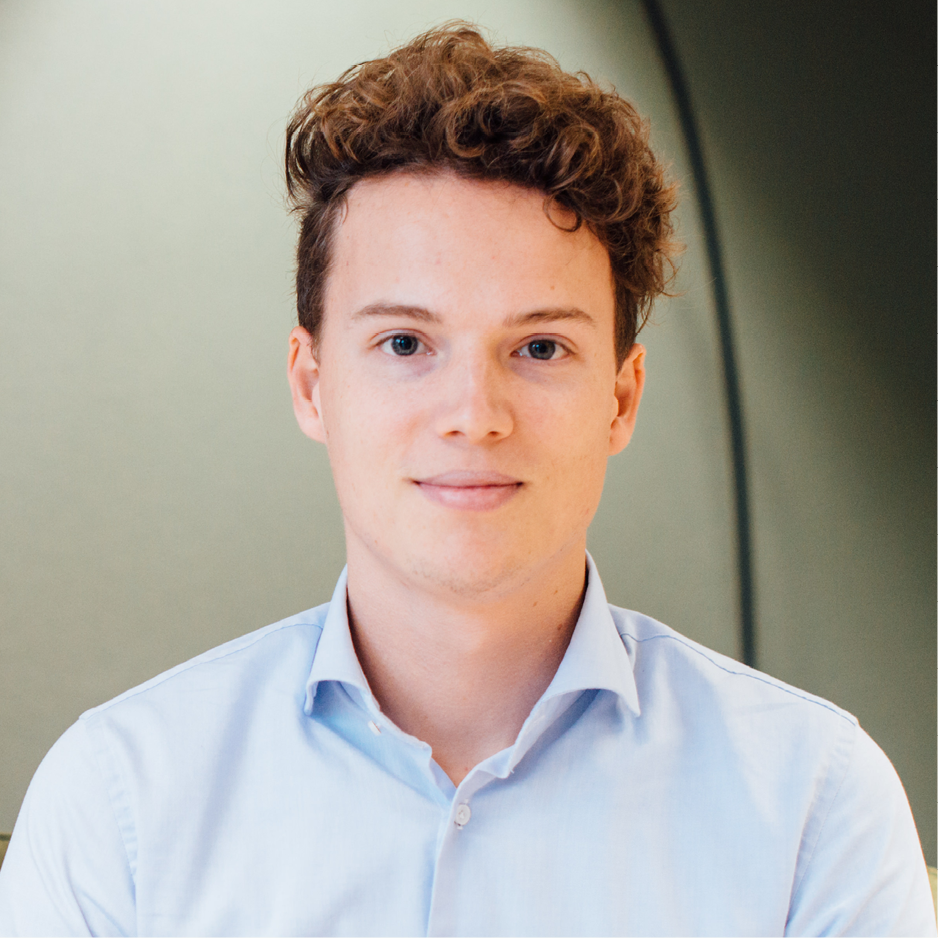