Every year, VBDO, with the support of PWC, examines the degree of sound tax policy at around 75 Dutch companies. Since 2015, tax transparency has started to play an increasingly important role. Last year, the average score even reached a record high of 50% compared to the first time the competition was conducted. This year, for the first time, the scope of companies will be expanded from national to European. Mart van Kuijk, Sustainability & Responsible Investment project manager at the VBDO, explains the motivation and importance of the new study.

What social relevance does tax transparency have?

Historically, taxation has often been seen as a cost to multinational corporations (MNEs). Today, under increasing pressure from various stakeholders and public debate, tax governance and transparency about tax payments is gaining traction. Companies want to show that they contribute to society instead of just cutting costs. The long-accepted difference between tax evasion and tax avoidance is no longer compatible with the dividing line between morally acceptable and unacceptable behaviour.

We see momentum among investors, and our supporters for this theme. In the past shareholders’ meeting season, 3 companies voted on whether or not to prepare a country-by-country report, which provides insight into the tax payment per country of a multinational. Such a report provides clarity about possible undesirable tax structures.

The last time this happened at a major corporation was at Google in 2014, when the resolution only got 1% backing from investors. In 2022, Amazon’s resolution received 21% support. Not enough for a turnaround, but an important message that shareholders demand more transparency.

What is the aim of the new European tax transparency study?

VBDO has been campaigning since 2011 to improve transparent tax reporting at Dutch listed companies. Over the years, the Tax Transparency Benchmark has resulted in significant growth in transparency.

Many companies now operate multi-nationally and so is the global tax system. VBDO is curious about how the European peers of Dutch companies take a position on this theme. In any case, there is no comparable comparison of companies in Europe yet.

What exactly is being investigated?

VBDO annually examines the entire AEX, AMX, and ASCX of companies on 35 criteria that are important for transparent tax reporting. This year we will include at least 20 peers in the pharmaceutical, technology, financial, FMCG, and Oil & Gas sectors. You can think of companies such as Novo Nordisk, Spotify, Deutsche Bank, L’Oreal and Vattenfall.

This year we are adapting the methodology to the rapid developments in ESG-related taxation. This concerns taxes on sugar, carbon, plastic, and other sustainability-related themes. We have also tightened up a number of criteria at a managerial level so that companies must make it even clearer how they maintain control over this theme.

When can the study be called a success?

As mentioned earlier, there is a lot of momentum on the theme of tax transparency by various stakeholders such as investors, governments, and NGOs. We have seen this at Amazon, Microsoft, and Cisco. I expect that this will only increase in the coming year and that the pressure on companies will increase.

I think we can call the study and a possible follow-up a success if, as with the current Dutch version, we can encourage European companies to listen better to their stakeholders and see tax as more than just a profit model. VBDO believes that all companies in the EU should contribute to the places where they have economic activities.

VBDO’s tax transparency benchmark is therefore a handy tool to see whether companies deal with this theme in a responsible manner. After the aforementioned success, we would therefore like to expand the study to a full benchmark in a number of European countries, with a substantial part of listed companies per country. 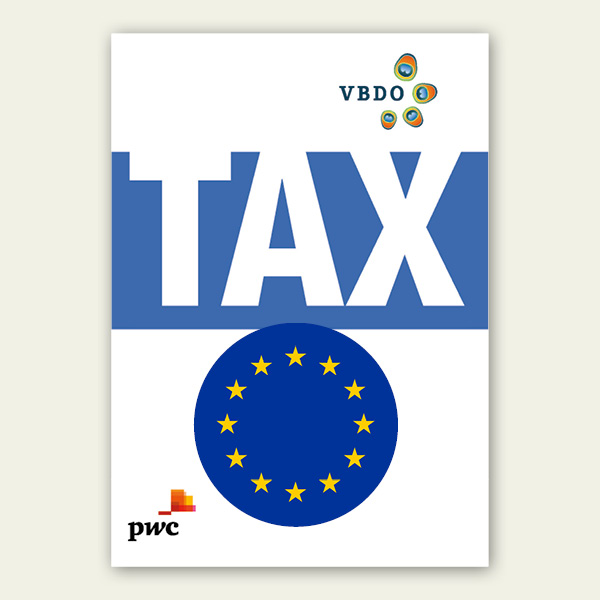